While working as a Visual Designer for OnScale Inc., I was asked to create an animated concept video to show how Engineers can use OnScale's Computer-Aided Engineering tools for various simulations.

Design an animation that visualizes how OnScale can be used to create simulations such as the Real World in Time Domain, run a Thermal Analysis, as well as Wave and Strain Propagations.

OnScale was founded in 2018 by a team of scientists and engineers dedicated to delivering world-class Computer-Aided Engineering tools on next-gen High Performance Cloud Computers. I came onboard in February, 2019 as their sole Visual Designer.

One of the challenges the company was facing as a SaaS startup was how to visually show examples of their tool in action. So I partnered with an Application Engineer (AE) who used OnScale everyday to create a video showing how he was using the tool.

I don't have an Engineering background, so I relied on the AE to explain these processes to me. We worked closely to come up with each scene and decided the best starting point would be to show a fingerprint unlocking a cell phone. So this is the first part of the animation. 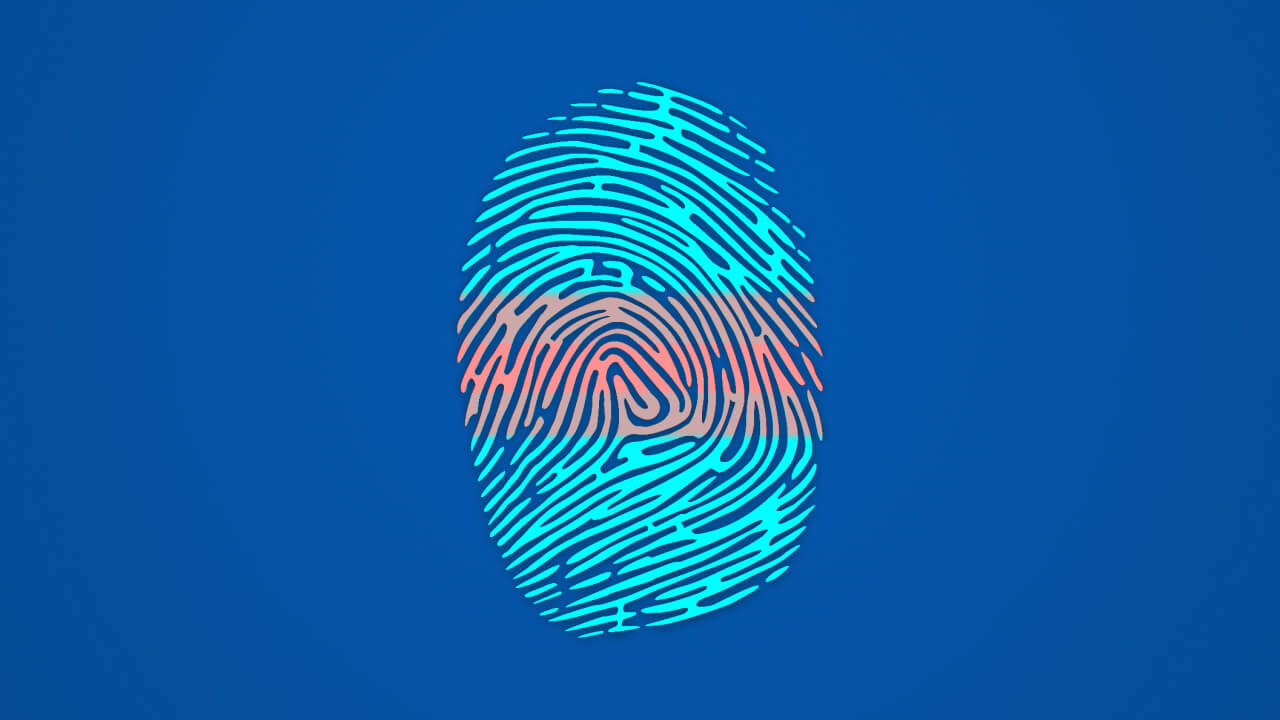 The AE suggested the rest of the scenes showing a Thermal Analysis, Wave and Strain Propagations. I combined some of the CAD files he used with some Adobe Stock smartphone mockups using Photoshop to create the files for animation. 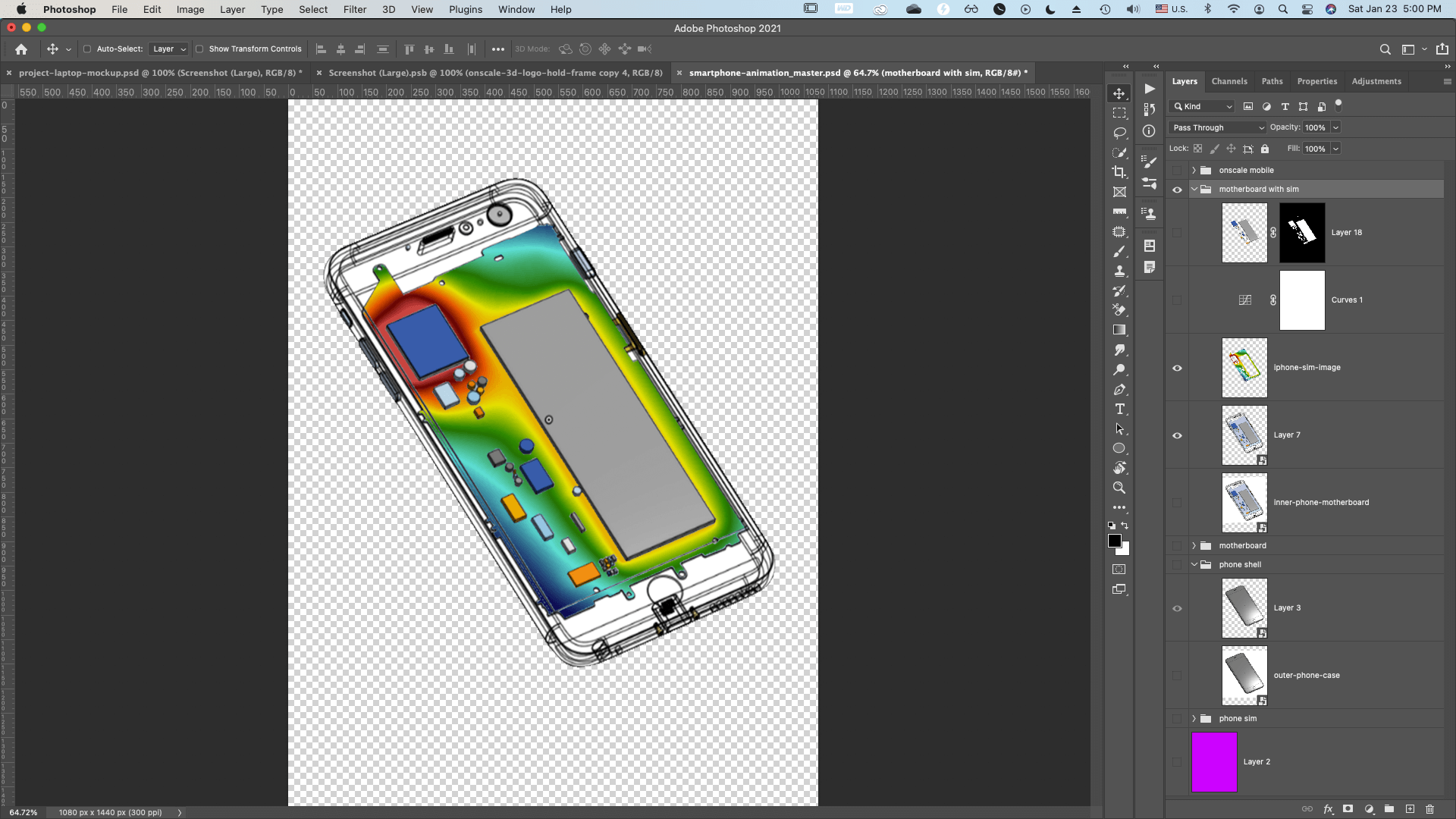 All of the layers were then imported into After Effects where I animated the effect of the phone case 'exploding' off revealing the thermal analysis of the smartphone motherboard. 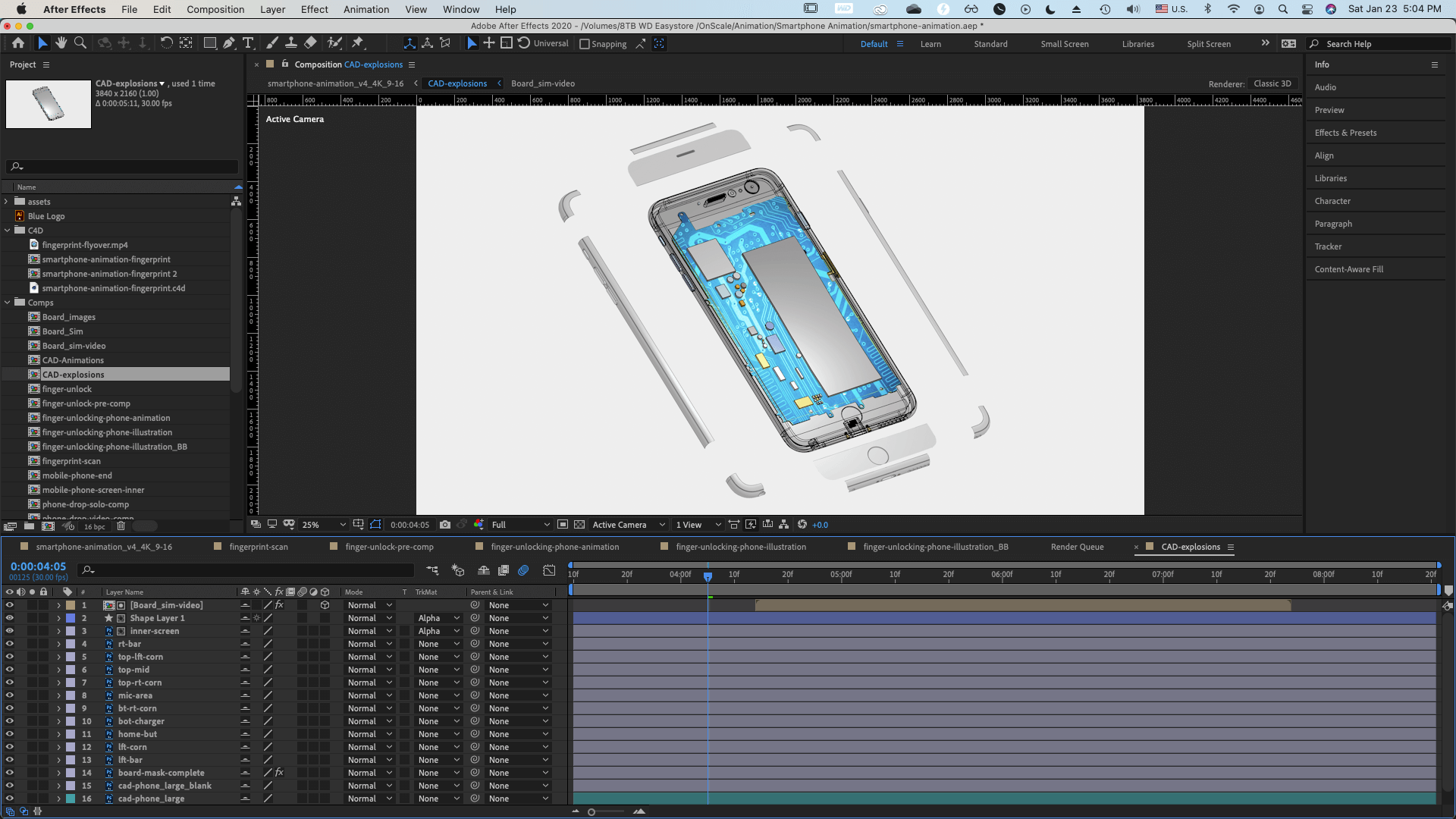 The AE ran the actual simulations using OnScale's software. The output files came in the form of a few hundred exported JPG sequence files which I turned into an mp4 using After Effects.

Much of my challenge was to line up the animated mp4 file with the static shape elements of the smartphone mockup layers so that the animated colored areas matched the shapes of the elements they represented. This was largely achieved using the warp effect in After Effects.

Here's the simulation video before compositing it on top of the smartphone mockup: 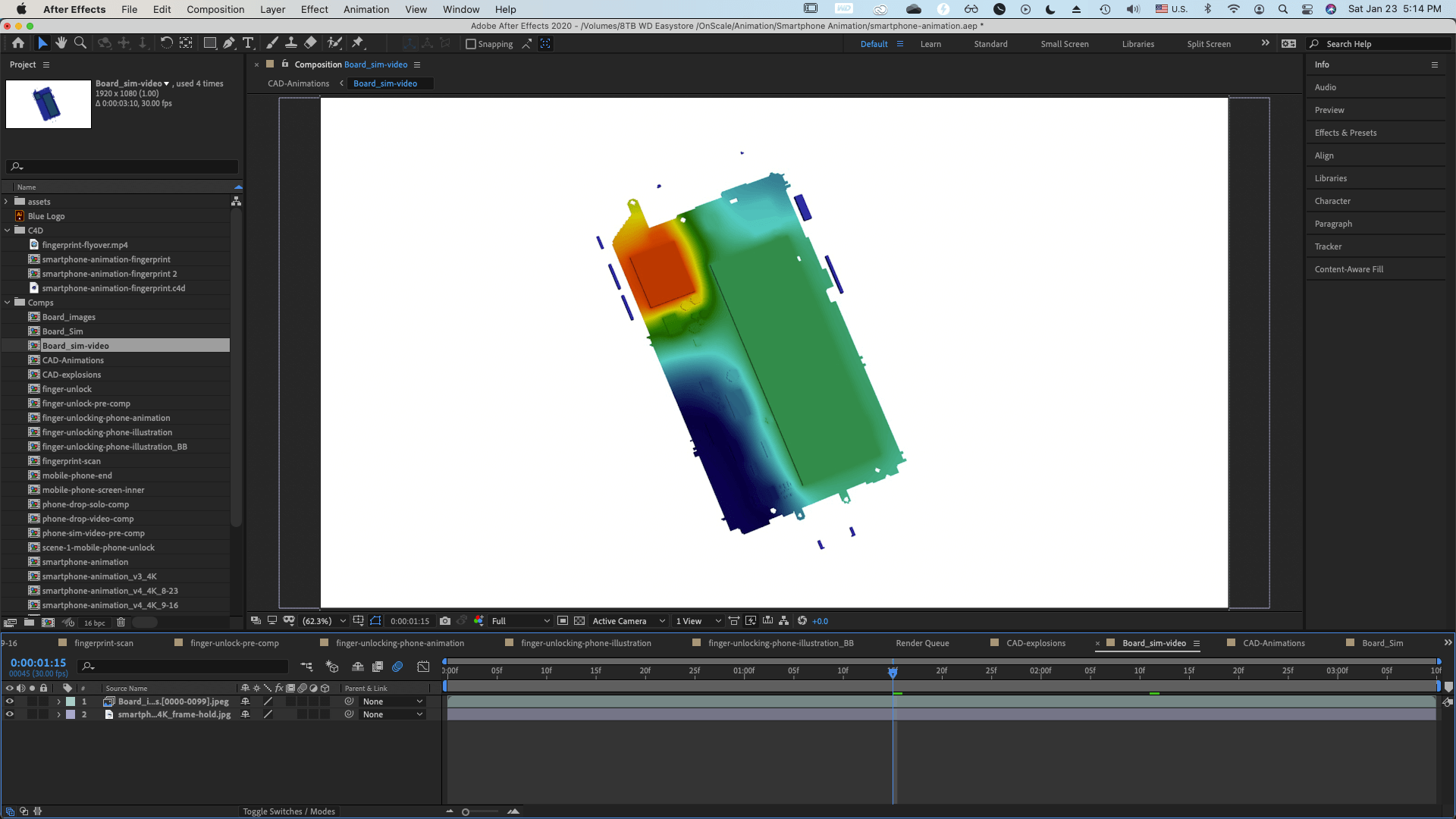 And here's the final composite: 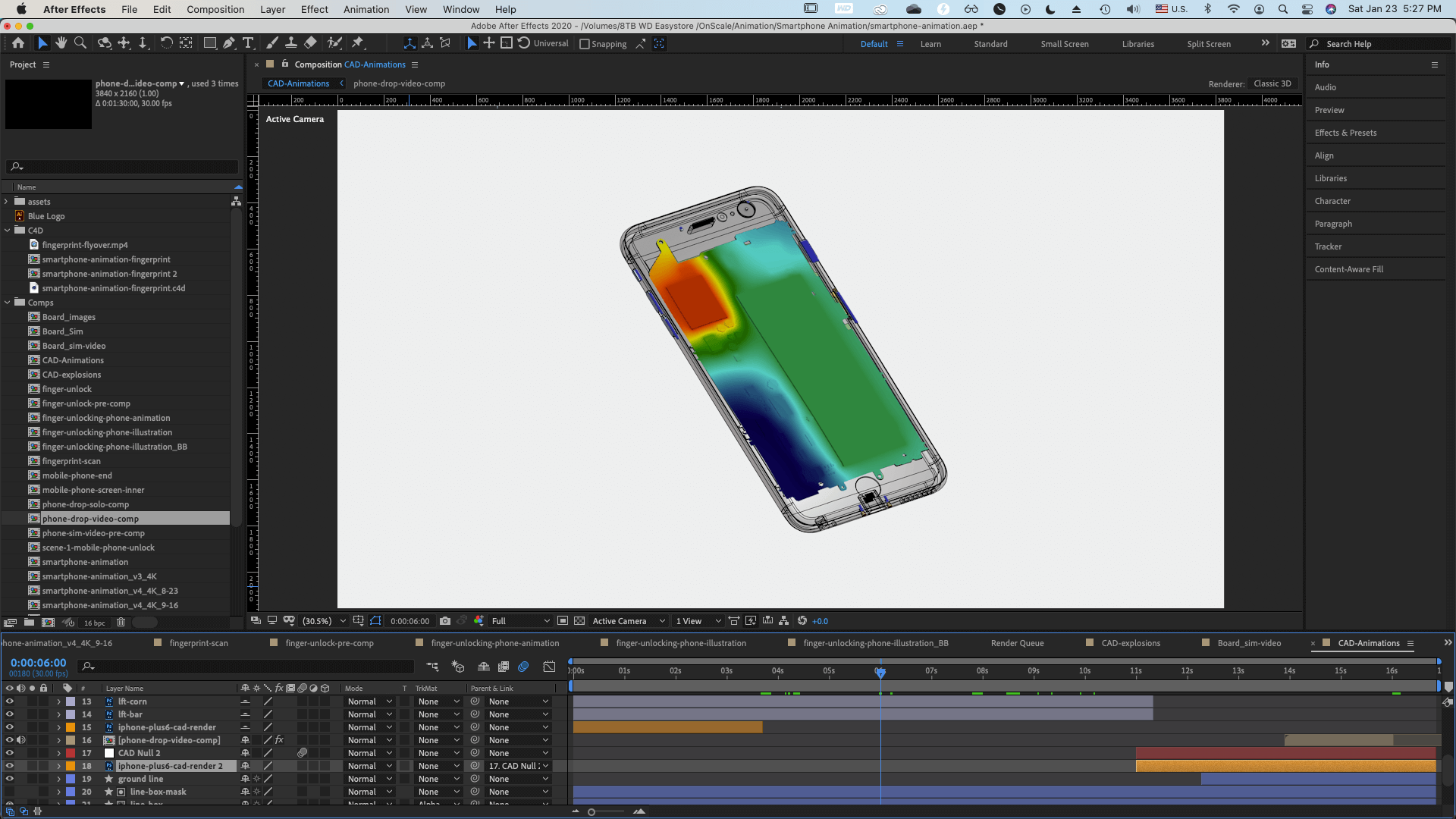 I repeated this process for the strain propagation (drop test) simulation as well.

This project was a great opportunity for me to collaborate with a professional Engineer to produce a visual deliverable that was both entertaining to look at as well as technically accurate. 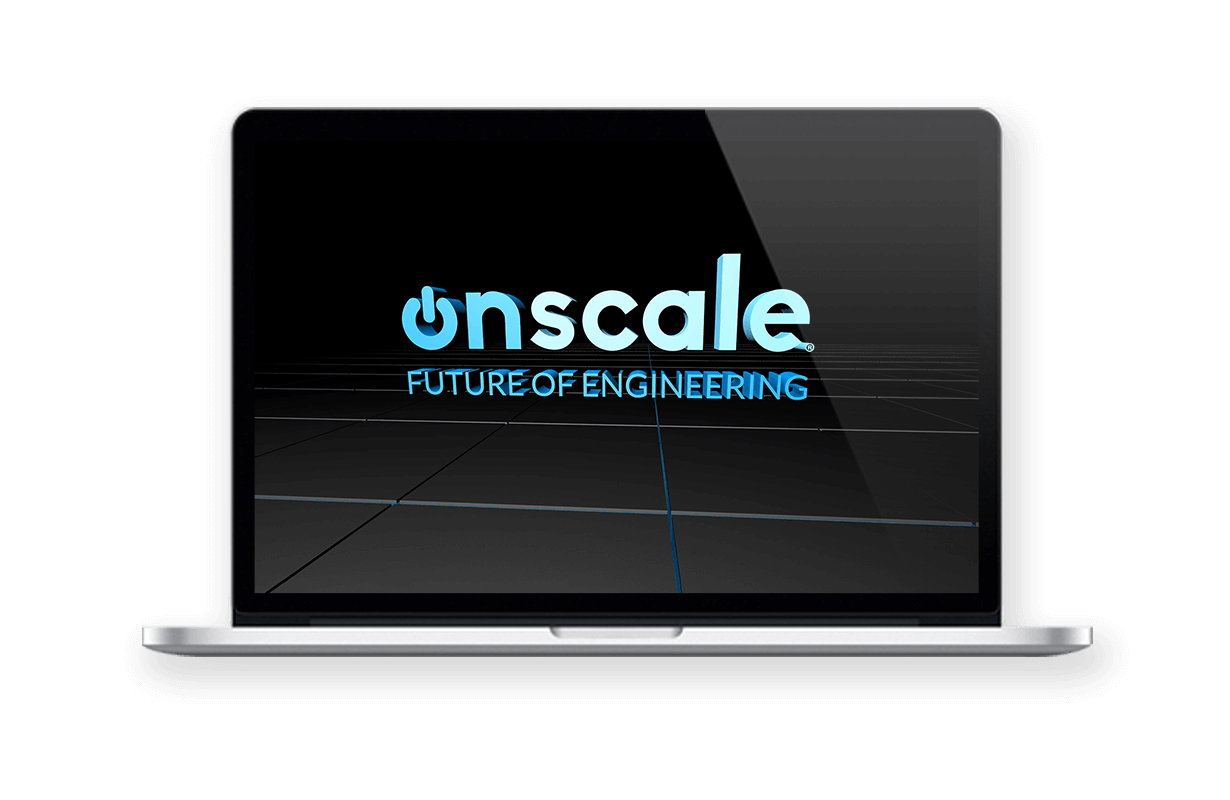 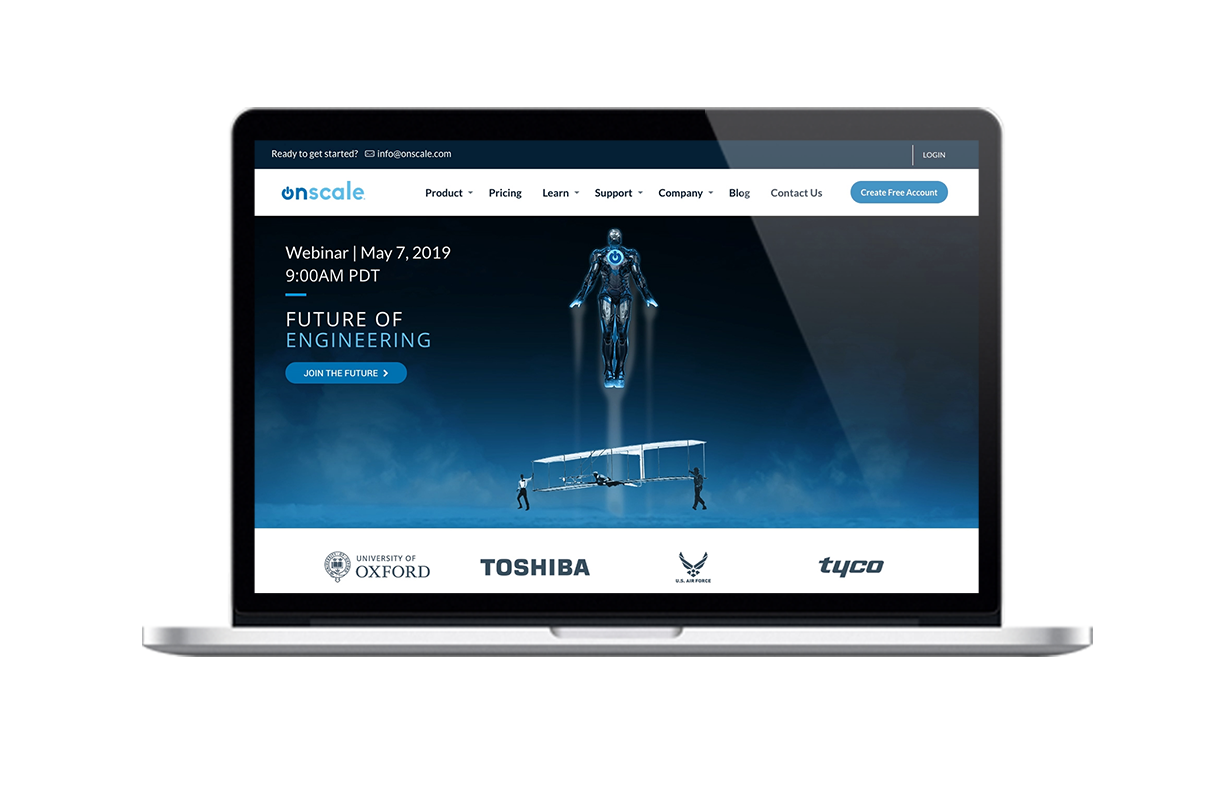